Saturday 14th November: The weather forecast was miserable, but a forecast rather faithful to Welsh winters; tormented winds and blazing rain. I had no doubt that the volunteers would come, but I was even happier and grateful for their help in these conditions. In the end, we were right not to give up as the sky turned out to be much less dramatic than expected.

The first beach clean-up of the winter season took place on Caerfai bay. From above, the place seems rather clean and spared from all kinds of plastic waste. The reality is unfortunately much more dirtier. The beach, half covered with rocks, is full of hidden plastics.

Paul, from Milford Haven, made his way through the rocks. He picked up plastics and fishing waste while Johannes focused on the micro plastics. Lots of little bits were floating in puddles or under rocks. Next time we should bring a sieve with us.
Patrick and Amanda, are used to beach cleanings. I shared my bin bag with Patrick while he told me about his previous founds. Clare fished thick ropes, hook, nets lost between the rocks. Katie had to leave a rope stuck between two rocks. Rachael tried to pull on it, but but it was unfortunately stuck. Ben and Hector seem to have had a nice chat. Hector found a small dinosaur figurine! Hector didn’t put it in the bin bag, but slipped it into his pocket.

We left the bin bags at the top. Thanks to the county council who came to collect them the following day. There is still a lot to collect on Caerfai Bay and everywhere else. Rubbishes come in waves as if the ocean became an unlimited plastic supplier.

Thanks to all the volunteers! 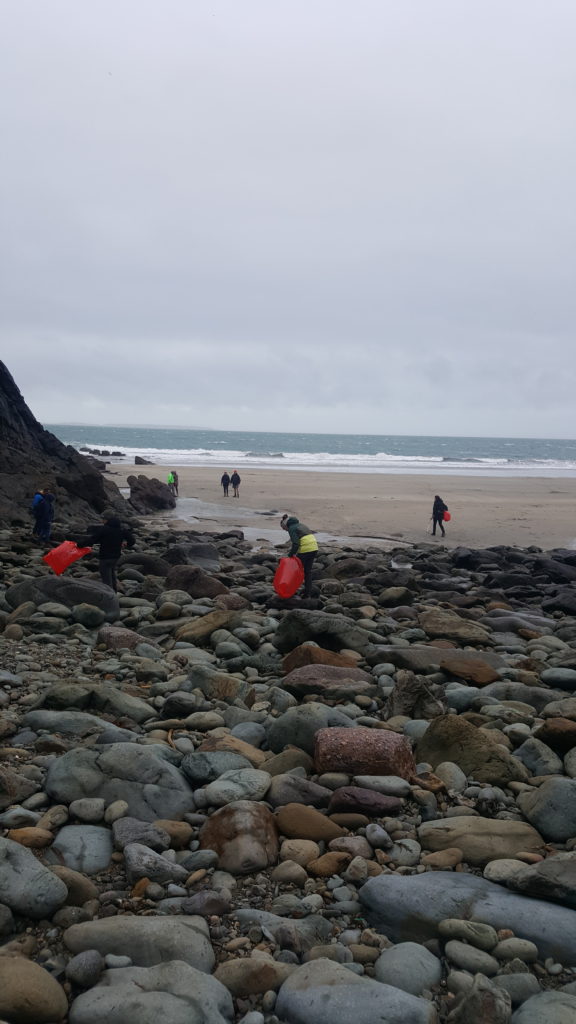 Scouring the rocks for rubbish 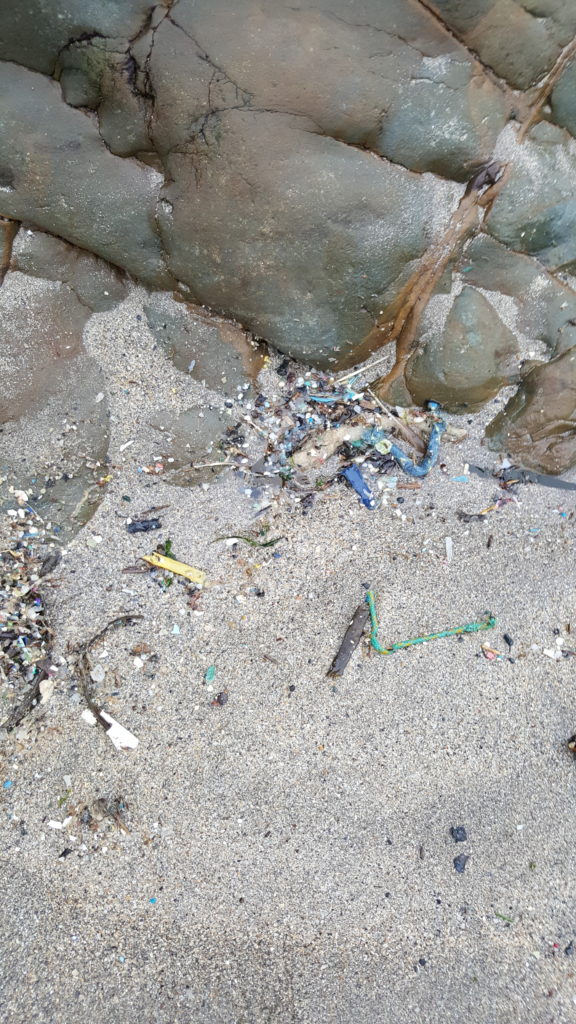 Too much plastic & fishing material 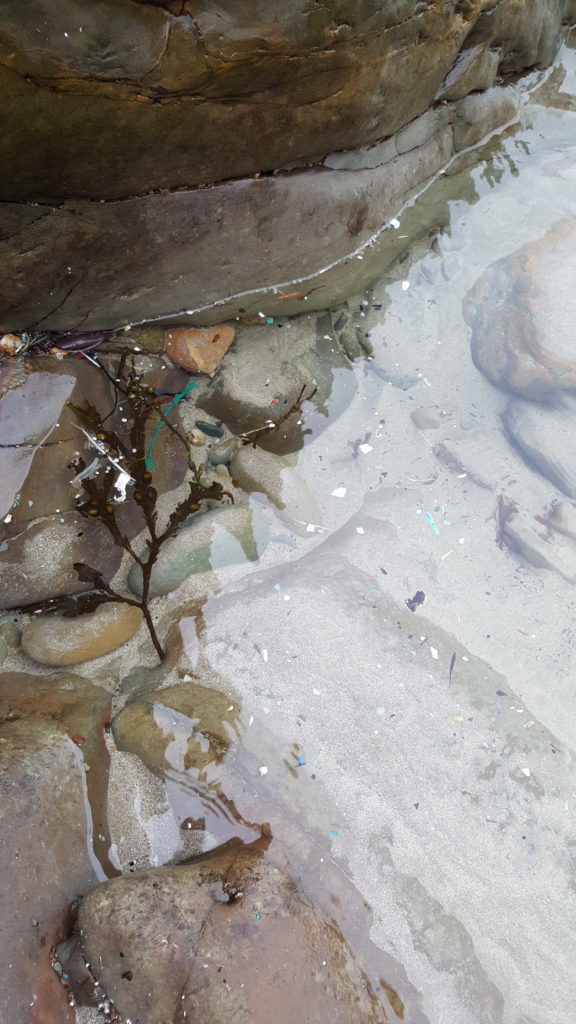